Barry Wilson graduated with Honours in science from the University of Western Australia (zoology and geology majors) and was awarded a PhD from that university in 1965 with a thesis on the reproductive biology and ecology of marine molluscs. This was followed by a post-doctoral appointment as Fulbright Scholar and Research Fellow in the School of Evolutionary Biology at Harvard University. Barry has published many research papers on molluscan systematics and coral reef biology and six reference books on Australian marine molluscs.

Barry is an experienced scuba diver (initially self taught in the 1950s when there were no instructors around) and a proficient undersea photographer. He has had extensive marine field experience in the Australian, Pacific and South East Asian regions. He led a biological survey to the Moluccus in 1970 aboard an American research vessel. In 1973, he participated in an American survey of crown-of-thorns seastars in Micronesia and followed this with a three-year research program on crown-of-thorns infestations on coral reefs in northern Western Australia.

Now, after "retirement", Barry provides consulting services to Government and industry, mainly in marine science and environmental protection on the North West Self.

In 2001 Barry Wilson was awarded the Australian Centennial Medal for distinguished service in marine science. 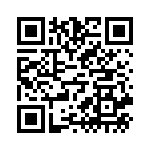