Page 222 - THE COLONIALS. BEING A NARRATIVE OF EVENTS CHIEFLY CONNECTED WITH THE SIEGE AND EVACUATION OF THE TOWN OF BOSTON IN NEW ENGLAND.
Appears in 23 books from 1896-2000

Benjamin S. Lawson's teaching career has been spent largely in the South at Albany State University in Georgia, where he specializes in nineteenth- and early-twentieth-century American literature. 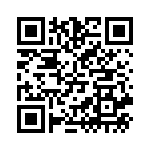