Page 355
He founded on the bank of Goņa - river a monastery named Mahamangala . His consort , too , was keen to establish a monastery at the spot where she , as a young girl carrying food to her foster father , met the holy thera .
Page 682
82-83 The giver of honours sent for the theras and offered the monastery to the thera Mahātissa , who , among them , was the first to help him . As the king Abhayas built it in the garden of Giri , the monastery , itself , became , by ...
Page 711
32-33 Being pleased with the indisciplined , hypocritical evil friend thera Tissa of a crooked mind , he constructed , despite his being dissuaded , the Jetavana - monastery in the garden named Jotis within the boundary of the ...

77 other sections not shown 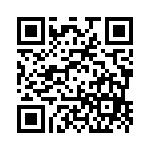