Truman Capote, 1924 - 1984 Novelist and playwright Truman Streckfus Person was born in 1924 in New Orleans to a salesman and a 16-year-old beauty queen. His parents divorced when he was four years old and was then raised by relatives for a few years in Monroeville. His mother was remarried to a successful businessman, moved to New York, and Truman adopted his stepfather's surname. He attended Greenwich High School and never went to college. When he was 17, Capote's formal education ended when he was employed at The New Yorker magazine. He belived he did not need to go to college to be a writer, since he was writing seriously since age 11. Capote's first novel was "Other Voices, Other Rooms" (1948), which told the story of a boy growing up in the Deep South. "The Grass Harp" (1951) is about a young boy and his elderly cousin discovering that some compromise is necessary for people to live together in a community and was adapted to screen in 1996. The play "The House of Flowers" (1954) is a musical set in a West Indies bordello. Capote then wrote, "Breakfast at Tiffanys" (1958), which tells the story of how Holly Golightly goes to New York seeking happiness. Capote became preoccupied with journalism and, sparked by the murder of a wealthy family in Holcomb, Kansas, began interviewing the locals to recreate the lives of the murderers and their victims. The research and writing for this novel, "In Cold Blood" (1966), took six years for him to complete. Other works of Capote's include the classic "A Christmas Memory" (1966), which is an autobiographical account of a seven-year-old boy, his cousin, and an eccentric old lady, "Music for Chameleons" (1981), which is a collection of short pieces, interviews, stories and conversations that were published in several magazines, and "One Christmas" (1982). On August 26, 1984 in Los Angeles, Truman Capote died of liver disease complicated by phlebitis and multiple drug intoxication. Published after his death were "Conversations With Capote" (1985) and "Answered Prayers: The Untitled Novel" (1986). 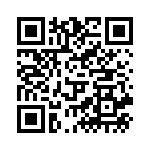