Page 13
It is the spirit which has made the world , not the mere keeping of shops and the
piling up of bank balances 34 A mere lad , Charlie Rasp , riding the boundaries
of Mt Gipps station in 1883 , collecting stones in his hat , brought to light the ...
Page 30
The owner - builder of the 1860s might cut his own timber , collect his stones ,
and mix a mud mortar from a nearby creek . But brick houses with timber joinery ,
plaster ceilings , and iron roofs required outlay on materials , if not always on ...
Page 41
102 Collecting income tax was a complicated business , especially in a scattered
and remote population . This was , indeed , one reason for the reluctance of
Queensland to impose such a tax . By contrast , South Australia's relatively
orderly ... 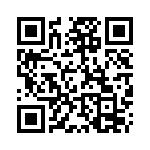