Charmaine Solomon was born in Colombo, Sri Lanka on August 31, 1930. At the age of 18, she became an assistant to the editor of the women's pages of the Ceylon Daily News. She eventually wrote a food column called Oceans of Notions for the newspaper. She moved to Australia in 1959. In 1964, she won second place in the Woman's Day Butter White Wings Bake Off and was invited to join Woman's Day as a food writer. She worked at the magazine for 11 years, including three as food editor, then became cookery editor of Belle magazine followed by food editor of Family Circle magazine. Her first book, The South East Asian Cookbook, was published in 1972. She is the author of 31 cookbooks and the creator of her own brand of spice blends and marinades. Her other books include The Complete Asian Cookbook, Encyclopedia of Asian Food, and The Complete Vegetarian Cookbook. 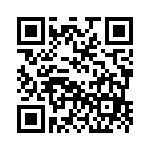