Page 57
Similarly that arch-radical, J. D. Lang, with his plans for a democratic Australian
republic ruling imperially over the Pacific Islands, was far too individualistic, too
doctrinaire, too sectarian, too 'political', and above all too respectably bourgeois,
...
Page 106
Radical politicians, like Higinbotham in Victoria, often appealed to nationalist
sentiment, but this emerging political nationalism, like that of Wentworth or J. D.
Lang in the earlier period, differed in important ways from the deeply-felt but
largely ...
Page 253
Australia: A Social and Political History, Sydney, 1955. Gregg, Pauline, Social
and Economic History of Britain, 1760-1950, London, 1950. Gregson, Jesse, The
Australian Agricultural Company, 1824-1875 (Sydney), 1907. Halsbury's Laws of
... 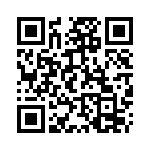