This book is firstly a testament to those of many nationalities who found themselves imprisoned at Stalag Luft VII, Bankau (Luft 7 for short) in Upper Silesia, the Luftwaffe s last prisoner of war camp. Having survived the trauma of action against, and capture by, the enemy, some as far back as 1940, they came from France, the Low Countries, Germany, Norway, Denmark, Poland, the Balkans, Italy, Hungary, the Mediterranean and other seas, and from North Africa. Many of their experiences and adventures have never been documented before. It is also the complete history of their prisoner of war (POW) camp, Luft 7, told in full detail for the first time, a camp that existed for barely thirty-two weeks from its opening in early June 1944 to its closure in mid January 1945. 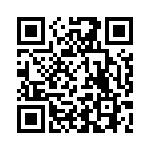