Page 198
9 The Watergate Cover-up: How Clever Manipulators Can Get Caught in an
Avoidable Quagmire Unique features of this case study The case study
presented in this chapter differs from those presented in the earlier chapters in
one ...
Page 201
Although Nixon and his chief White House aides, Bob Haldeman and John
Ehrlichman, have persistently denied any responsibility at all for the Watergate
break-in, all three admit that they were not innocent bystanders insofar as the
cover-up ...
Page 346
Rothbard, Murray N., 217 Rubin, Jeffrey Z., 295 Ruckelshaus, William D., 207
Rumsfeld, Donald, 179 Runaway norm, Watergate cover-up and, 295 Rusk,
Dean Bay of Pigs invasion and, 38-39, 266, 280, 281, 283. See also Advisory
group ... 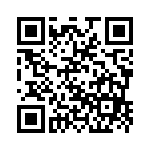