I loved this book as a kid, and not just because it had naughty boobie pictures that had nothing to do with the text. Dickinson takes the position that Dragons actually existed, then goes from there ... Read full review

This is a beautiful and imaginative book - but it written as non-fiction. Dickinson presents a case for dragons being real, and sets out to define their anatomy/physiology and how they evolved from ... Read full review

Peter Dickinson was born in Livingstone, Northern Rhodesia, now Zambia on December 16, 1927. He served in the British Army before receiving a B.A. in English literature from King's College, Cambridge in 1951. He was an assistant editor and reviewer for Punch Magazine for seventeen years. His first book, The Weathermonger, was published in 1968. He has written over 50 books for adults and young adults. His works for adults include Death of a Unicorn, Skeleton-in-Waiting, Perfect Gallows, The Yellow Room Conspiracy, and Some Deaths Before Dying. His works for young adults include The Iron Lion, The Ropemaker, Angel Isle, and In the Palace of the Khans. He has won several awards including the Boston Globe Horn Book Award in 1989 for Eva, the Carnegie Medal in 1979 for Tulku and in 1980 for City of Gold, the Whitbread Children's Prize for Tulku, and the Crime Writer's Golden Dagger for Skin Deep in 1968 and A Pride of Heroes in 1969. In 2009, he was awarded the OBE for services to literature. He died after a brief illness on December 16, 2015 at the age of 88. 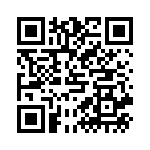