10 pages matching button in this book

There are five children in this book:
AUGUSTUS GLOOP A greedy boy
VERUCA SALT
A girl who is spoiled by her parents
VIOLET BEAUREGARDE
A girl who chews gum all day long
MIKE TEAVEE
A boy who does nothing but watch television
and
CHARLIE BUCKET
The hero
1 - Here Comes Charlie
These two very old people are the father and mother of Mr Bucket. Their names are
Grandpa Joe and Grandma Josephine.
And these two very old people are the father and mother of Mrs Bucket. Their names are
Grandpa George and Grandma Georgina.
This is Mr Bucket. This is Mrs Bucket.
Mr and Mrs Bucket have a small boy whose name is Charlie.
This is Charlie.
How d'you do? And how d'you do? And how d'you do again? He is pleased to meet you.
The whole of this family — the six grown-ups (count them) and little Charlie Bucket — live
together in a small wooden house on the edge of a great town.
The house wasn't nearly large enough for so many people, and life was extremely
uncomfortable for them all. There were only two rooms in the place altogether, and there was only
one bed. The bed was given to the four old grandparents because they were so old and tired. They
were so tired, they never got out of it.
Grandpa Joe and Grandma Josephine on this side, Grandpa George and Grandma Georgina
on this side.
Mr and Mrs Bucket and little Charlie Bucket slept in the other room, upon mattresses on the
floor.
In the summertime, this wasn't too bad, but in the winter, freezing cold draughts blew
across the floor all night long, and it was awful.
There wasn't any question of them being able to buy a better house — or even one more
bed to sleep in. They were far too poor for that.
Mr Bucket was the only person in the family with a job. He worked in a toothpaste factory,
where he sat all day long at a bench and screwed the little caps on to the tops of the tubes of
toothpaste after the tubes had been filled. But a toothpaste cap-screwer is never paid very much
money, and poor Mr Bucket, however hard he worked, and however fast he screwed on the caps,
was never able to make enough to buy one half of the things that so large a family needed. There
wasn't even enough money to buy proper food for them all. The only meals they could afford
were bread and margarine for breakfast, boiled potatoes and cabbage for lunch, and cabbage soup
for supper. Sundays were a bit better. They all looked forward to Sundays because then, although
they had exactly the same, everyone was allowed a second helping.
The Buckets, of course, didn't starve, but every one of them — the two old grandfathers, the two
old grandmothers, Charlie's father, Charlie's mother, and especially little Charlie himself — went
about from morning till night with a horrible empty feeling in their tummies.
Charlie felt it worst of all. And although his father and mother often went without their
own share of lunch or supper so that they could give it to him, it still wasn't nearly enough for a
growing boy. He desperately wanted something more filling and satisfying than cabbage and
cabbage soup. The one thing he longed for more than anything else was . . . CHOCOLATE.
Walking to school in the mornings, Charlie could see great slabs of chocolate piled up high
in the shop windows, and he would stop and stare and press his nose against the glass, his mouth
watering like mad. Many times a day, he would see other children taking bars of creamy chocolate
out of their pockets and munching them greedily, and that, of course, was pure torture.
Only once a year, on his birthday, did Charlie Bucket ever get to taste a bit of chocolate. The
whole family saved up their money for that special occasion, and when the great day arrived,
Charlie was always presented with one small chocolate bar to eat all by himself. And each time he
received it, on those marvellous birthday mornings, he would place it carefully in a small wooden
box that he owned, and 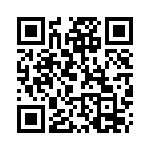