Page 14
Only Mount This poem als not signed . Zion remains , and the throne , and the dead , small There are two signed poems yet to be spoken and great , before it . Then , with its root on the of , and two unsigned , which many critics have ...
Page 15
Matthew , suffers three days ' martyrdom , and then , The old poem , thus worked up into Cynewulf's after a mighty flood and tempest of fire has new ... It ality as we know it from his signed poems , so is the last of the signed poems .
Page 184
It is this impression we receive and he may also err in the case of James ; the from the poem of a nature ... together with its pure poetic quality , has James's poetry are so vague that they leave the ensured to the Kingis Quair its ...

41 other sections not shown 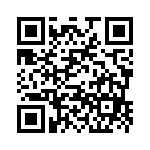