A collection of essays which veers from the fascinating, well-written and insightful to the dull, tortuous and sophomoric. There are seven sections: 'modernism' as a term; the intellectual and ... Read full review

A professor of English literature and American studies who has published numerous critical works, Malcolm Bradbury is also a novelist whose protagonists are academics who make muddles of their personal and professional lives. He maintains that his main concern is to explore problems and dilemmas of liberalism and issues of moral responsibility. The targets of Bradbury's satires include intellectual pretension, cultural myopia, and official smugness. His protagonists are largely sympathetic, if comic, failures at mastering their own fates in a world of absurd rules and regulations. His major novels include Eating People Is Wrong (1959), Stepping Westward (1965), and The History Man (1975). This last, a novel of intellectual and political conflict at an English university in the late 1960s, was made into a successful television minidrama. More recent novels include Rates of Exchange (1983) and Cuts (1987). 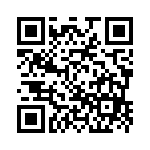