Cecelia grew up in the Barossa Valley, an area of South Australia predominantly settled by German immigrants. Cecelia was teased at school and yet, loved school and learning. She clearly remembers the struggle to learn to read and painfully stringing three letter words together, until one day it became easier. Cecelia tutors and tries to create that "aha" moment when reading becomes pleasure instead of pain for children struggling to read and write. During her work in Kindergartens and pre-schools, Cecelia became interested in speech development as the forerunner of literacy.

Allan was born in Semaphore Park, South Australia. He left school at fifteen and started work as a tyre fitter. He then shifted to the Riverland to manage a fruit orchard. Allan has also worked in a factory and driven trucks. He developed a passion for photography, and has been helping Cecelia develop specialised teaching aids for Early Childhood and Literacy for some years. 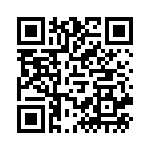