Benerson Little was born in Key West, the son of a navy man. At age ten, he read "Treasure Island", which led him to explore the world of the pirate. He later became a SEAL officer and an analyst for the Naval Special Warfare Center Strategy and Tactics Group. Little is the author of "The Sea Rover s Practice: Pirate Tactics and Techniques, 1630 1730" (Potomac Books, 2005), "The Buccaneer s Realm: Pirate Life on the Spanish Main, 1674 1688" (Potomac Books, 2007), and "Pirate Hunting: The Fight Against Pirates, Privateers, and Sea Raiders from Antiquity to the Present" (Potomac Books, 2010). He lives in Huntsville, Alabama, where he teaches fencing. 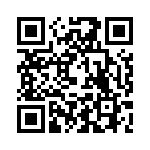