Page
Forbes Miller. River steamers Until the railways penetrated inland, the Murray,
Murrumbidgee, and Darling rivers remained important waterways. River
steamers of four-foot draught served huge areas in the eastern states. For much
of the year, ...
Page
Even the loneliest area of all, the Northern Territory, draws tenderness out of the
characters of Mrs Aeneas Gunn's We of the ... between 1902, the year of the
worst drought of all up to that date, and 1914, which was even worse in many
areas.
Page
... the New South Wales Parliament. |||}| For the next two years all went well, - no |
o |- and then in 1914 this prosperous and o: *hopeful country ran head-on,
through *o- no fault of its own, into two calamities, the worst drought (in many
areas) ... 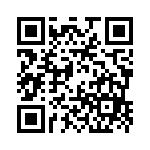