11 pages matching classical in this book

Paul Fussell Jr. was born in Pasadena, California on March 22, 1924. He was drafted into the Army in 1943 while attending Pomona College. During his tour of duty, he won the Bronze Star and two Purple Hearts. He returned to college in 1945. He received a bachelor of arts degree from Pomona College in 1947 and a master's degree and a doctorate in English from Harvard University. He taught English at Connecticut College for Women, Rutgers University, and the University of Pennsylvania. During this time he wrote several books on literary topics including The Rhetorical World of Augustan Humanism: Ethics and Imagery from Swift to Burke, Poetic Meter and Poetic Form, and Samuel Johnson and the Life of Writing. In 1975, he published The Great War and Modern Memory, which was a study of World War I and how its horrors fostered a disillusioned modernist sensibility. This book won both the National Book Critics Circle Award for Criticism and the National Book Award for Arts and Letters. His other works include Abroad: British Literary Traveling Between the Wars, Class: A Guide Through the American Status System, Wartime: Understanding and Behavior in the Second World War, BAD: Or, the Dumbing of America, and Doing Battle: The Making of a Skeptic. He died of natural causes on May 23, 2012 at the age of 88. 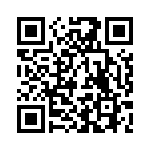