Page 125
In the 1950s , Native Americans began to appear as leads in romance storiesparticularly Indian males who fell in love with their white , female captives , though sometimes the pattern was reversed , with white women falling in love with ...
Page 227
The final defeat of the drug dealer witch evokes horrific supernatural images as the massacred Apaches of another age are finally released from an ancient curse : “ Out of the earth , ancient bones began to emerge , washed with harsh ...
Page 261
Sommerfield's utopian vision turns on the perspective of an outsider , Lauren Brent , a pampered , aristocratic Easterner who found her life empty and passionless but discovers purpose and passion among the Cheyenne : " She began to ...

ANDREW MACDONALD teaches English at Loyola University. He is the author of Howard Fast: A Critical Companion (Greenwood, 1996).

MARYANN SHERIDAN has taught in the Religious Studies Department at Loyola University. 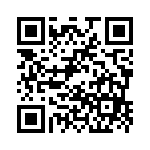