David Mosler is Senior Lecturer in American History at the University of Adelaide. American-born, Dr. Mosler emigrated to Australia in 1971, where he began teaching history. His articles have appeared in numerous scholarly journals.

Bob Catley is Convenor of International Studies at the University of Adelaide. Born in England, he emigrated to Australia where he received his PhD from the Australian National University. He has since held academic positions in a number of universities in Australia, Europe, Asia, and the United States. He has also served as a Member of the Australian House of Representatives and as a government official and Ministerial Adviser. He has authored nine earlier books. 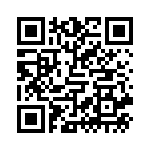