This should be required reading for every Tasmanian, if not every Australian. It shatters many myths about early convict life and paints a vivid picture of the early years of the Tasmanian colony ... Read full review

Page 3 - Much cannot now be done, limited in food and reduced as the people are, who have not had one ounce of fresh animal food since first in the country; a country and place so forbidding and so hateful as only to merit execration and curses...
Appears in 30 books from 1791-2008 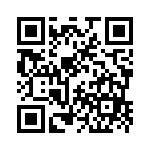