Page 29
Mr . Ivan Greenberg , the former editor of the Jewish Chronicle ( a man who
sacrificed his career for his beliefs ) told me , in a long conversation we had when
I was " underground ” that his father , L . J . Greenberg , one of Herzl ' s leading ...
Page 129
However that may be , though he knew I was there all the time , he never told
anybody who came to the apartment . Sometimes he would ask me , in a whisper
and with a mischievous look in his eyes : “ You did once have a beard , father ,
didn ...
Page 225
Sadeh claimed , no more , no less , that he had been misled , that Giddy had told
him that the attack would be carried out between two and three o'clock in the
afternoonthat is , during the luncheon break when the Government offices were ... 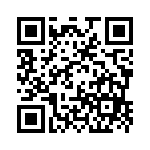