Page
It makes a very solid case for a way to improve the lot of people in the developing world.” —Walter Wriston, Chairman emeritus, Citigroup “One of the most ...
Page 4
by questioning the adequacy of the remedies but by blaming Third World peoples for their lack of entrepreneurial spirit or market orientation.
Page 15
... addresses cannot be easily verified, people cannot be made to pay their debts, resources cannot conveniently be turned into money, ownership cannot be ...
Page 16
The people of Cairo have access to all those things. What you are really leaving behind is the world of legally enforceable transactions on property rights.
Page 17
Most people worked on the land, which was owned by a very few big landlords, some of them indigenous oligarchs, others colonial planters.
Next »

Hernando de Soto is President of the Institute for Liberty and Democracy (ILD), headquartered in Lima, Peru. He was named one of the five leading Latin American innovators of the century by Time magazine in its May 1999 issue on "Leaders for the New Millennium." De Soto played an integral role in the modernization of Peru's economic and political system as President Alberto Fujimori's Personal Representative and Principal Adviser.

His previous book, The Other Path, was a bestseller throughout Latin America and the U.S. He and ILD are currently working on the practical implementation of the measures for bringing the poor into the economic mainstream introduced in The Mystery of Capital. He lives in Lima, Peru. 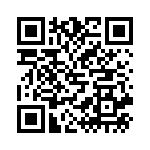