Page 76
Anno 1636 , there was a stray sow in Boston , which was brought to Captain Keayne : he had it cried divers times , and divers came to see it , but none made claim to it for near a year . He kept it in his yard with a sow of his own .
Page 361
The Questions and Answers about the pay being past , the Ribbon is brought and opened . Bumpkin Simpers , cries it's confounded Gay I vow ; and beck'ning to the door , in comes Joan Tawdry , dropping about 50 curtsies , and stands by ...
Page 612
As the sweetness of the liquid frequently brought small flies and gnats about the cage , and cup , , the birds amused themselves by snapping at them on wing , and swallowing them with eagerness , so that these insects formed no ...

55 other sections not shown 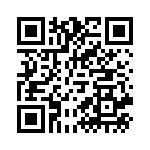