Alan Bowman is Camden Professor of Ancient History at the University of Oxford and a Fellow of the British Academy. He is author of Life and Letters on the Roman Frontier (2nd edition) (Routledge, 1998) and The Cambridge Ancient History Volume XI (editor) (0521263352).

Peter Garnsey is Professor of the History of Classical Antiquity at the University of Cambridge. His previous publications include Food and Society in Classical Antiquity (0521641829) and The Evolution of the Late Antique World (with Caroline Humfress) (Orchard Academic, 2001). 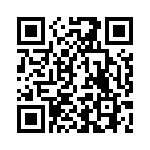