Born in 1933, the son of a miner, Dickie Bird has spent a life 'married to cricket'. He was signed up to play for Yorkshire age 19, and played on the county circuit for the next 13 years. In 1979 he became a Test match umpire. The announcement that he would umpire his final Test at Lord's in June 1996 signalled the end of an international career which has won him worldwide affection as the finest umpire in cricket history. 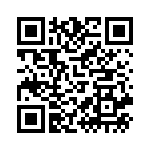