An analysis of Moroccan women in the early 1990s and the ways in which they interacted with, obeyed, and subverted traditions and patriarchal authority, particularly in the public marketplace of the ... Read full review

Page 17 - These images of agency are increasingly distortions of a world of merchandising so subtle that the consumer is consistently helped to believe that he or she is an actor, where in fact he or she is at best a chooser.
Appears in 32 books from 1990-2007
Page 27 - Barthes ironically invites us to imagine someone (a kind of Monsieur Teste in reverse) who abolishes within himself all barriers, all classes, all exclusions, not by syncretism but by simple discard of that old specter: logical contradiction: who mixes every language, even those said to be incompatible...
Appears in 30 books from 1975-2007 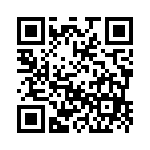