Page 64
Early in his studies , Dr . Shettles encountered a specimen that contained nothing
but small , round - headed sperm . The sperm donor , Dr . Shettles discovered ,
came from a family which , for 256 years , had produced almost nothing but male
...
Page 65
It appeared to him , as already noted , that there were far more male - producing
sperm than female - producing sperm in the average ejaculate . The numerical
advantage of the Y sperm , he reasoned , must be a sort of compensation for their
...
Page 99
Some female - producing sperm are still present in the concentrate ; so while the
chances for male conceptions are increased , they are not guaranteed . The
sperm that get left behind , in these separation procedures , moreover , are a
mixture ... 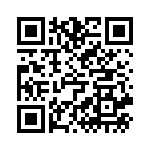