Page 133
W. Paterson to P. G. King, 26 November 1804, in Historical Records of Australia,
series III, vol. I, pp. 606–7 “THE NATIONAL CHARACTER OF BOTANY BAY.”
Historians have long debated the origins of Australian national characteristics.
Page 412
The character of the country generally is undulating, with here and there
moderately high hills, some of them crowned with rocks of granite, pudding-stone
rocks, and a blue stone; but there are broad flat lands and valleys, the former of
which, ...
Page 440
Such survivals from 'the bad old days' as the prerogative powers of governors
and magistrates, the exclusive character of the legislature, and the military
character of juries, gradually gave way to institutions more in keeping with the
character ... 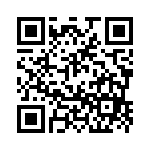