The review that is "About this Book" has nothing to do with this book - it refers to an entirely different book.

Ken Richardson is Honorary Senior Research Fellow in the Centre for Human Development and Learning at the Open University, U.K. He is the author of Understanding Psychology, Understanding Intelligence, Models of Cognitive Development, and Origins of Human Potential. 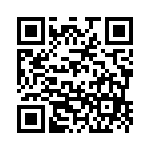