I wasn't expecting to enjoy this as much as I am -- perhaps because it's a well-established textbook, I anticipated loads of information but dull writing. What a surprise! This is amazingly ... Read full review

A classic for anyone wishing to study art history. My husband and I used it in college and our son used our book 20 years later to do the same (even though new editions have come out since them). We have also used it throughout the years to research specific artists or works. Read full review

Fred S. Kleiner, Ph.D. has been professor of art history and archeology at Boston University for four decades. He taught previously at University of Virginia and served as editor-in-chief of the American Journal of Archaeology. Acclaimed for inspiring lectures, Dr. Kleiner won Boston University's Metcalf Award for Excellence in Teaching, the College Prize for Undergraduate Advising in the Humanities, and the Distinguished Teaching Prize in the College of Arts and Sciences Honors Program. He is a fellow of the Society of Antiquaries of London as well as the Text and Academic Authors Association. In addition to this title, Dr. Kleiner authored several editions of ART THROUGH THE AGES: A CONCISE HISTORY (Cengage), A HISTORY OF ROMAN ART (Cengage), and more than 100 publications on Greek and Roman art and architecture. Dr. Kleiner earned his Ph.D. from Columbia University.

Christin J. Mamiya received her Ph.D. in art history from the University of California--Los Angeles, and is Professor of Art History at the University of Nebraska--Lincoln. A recipient of numerous teaching awards, including the Annis Chaikin Sorensen Award for Distinguished Teaching in the Humanities from the University of Nebraska in 2001, Professor Mamiya specializes in the areas of modern, postmodern, and Oceanic art. She has published a book on Pop art, as well as many articles, catalog essays, and book reviews. She is an active participant in the wider community as both a curator and lecturer. 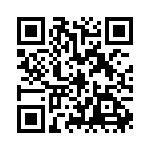