Page 221
Its “ facts ” —about the afterlife , embalming , and funerary ... it maintains a master - servant relationship through much of the empire . In fact , the narrative repeatedly reminds us that , DOING SCIENCE IN MACHINE AGE HORROR 221.
Page 222
In fact , the narrative repeatedly reminds us that , despite their separation by millennia , both ancient and modern systems of power , the one bound up in religion and mysticism , the other avowedly scientific , work in remarkably ...
Page 299
In fact , the impulse to fantasy is as stubborn as the impulse to cognitive identity . The fact that the never - possible is not expunged , but in fact becomes a hugely important cultural mode , is astounding . Our consciousness of the ... 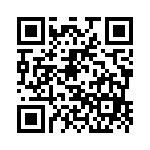