Yonah Alexander is currently a Senior Fellow and Director, International Center for Terrorism Studies (at the Potomac Institute) and Director, Inter-University Center for Terrorism Studies. Formerly a professor and director of terrorism studies at the State University of New York and the George Washington University, Dr. Alexander also held academic appointments at other institutions in the United States and abroad. He has published nearly ninety-five books on international affairs, terrorism, and the Middle East.

Milton Hoenig is a nuclear physicist and a Washington DC-based consultant. Formerly Professor at the University of Massachusetts in North Dartmouth, he worked at the United States Arms Control and Disarmament Agency, the Natural Resources Defense Council, and the Nuclear Control Institute. He published many studies, including Super-Terrorism: Biological, Chemical, and Nuclear (with Yonah Alexander) and The Nuclear Weapons Data Book (Vols. I-III). 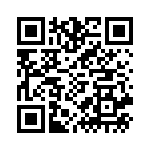