Page 15
Nerve cells have four major morphologic and functional regions: (1) the dendrites
, (2) the cell body (soma), (3) the axon, and (4) the axonal terminal region and
associated synaptic terminal contacts with other cells. striking features of the ...
Page 38
Up until the middle of the second week, the cells of the ectoderm are
equipotential. That is, any particular cell is equally capable of developing into
neurons, glia, or epithelial cells. Between the second and third weeks, neural
induction occurs.
Page 67
Different cortical layers interconnect with different sites. (Adapted from Kandel ER
, Schwartz JH: Principles of neuroscience, ed 2, New York, 1985, Elsevier
Science Publishing.) Fig. 2-70. Some cells in somatosensory association areas
display ... 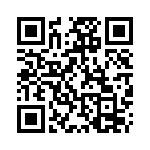