Page 156
Had she been less beautiful , —if Envy's self could have found aught else to sneer at , —he might have felt his affection heightened by the prettiness of this mimic hand , now vaguely portrayed , now lost , now stealing forth again and ...
Page 78
He dropped his hand from my shoulder but reached to take my hand and then turned to lean on the bar again , holding my hand . A moment later , when he poured more whiskey into his glass , he did it with his left hand , but poured it ...
Page 173
At the word , the saw , 15 As if to prove saws knew what supper meant , Leaped out at the boy's hand , or seemed to leapHe must have given the hand . However it was , Neither refused the meeting . But the hand ! 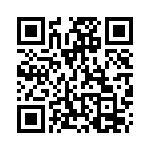