Dale Liu, (MCSE Security, CISSP, MCT, IAM/IEM, CCNA) has been working in the computer and networking field for over 20 years. Dale's experience ranges from programming to networking to information security and project management. He currently teaches networking, routing and security classes, while working in the field performing security audits and infrastructure design for medium to large companies.

Abhishek Singh is a Security Researcher on the Microsoft Malware Protection Center (MMPC) team, where he performs analysis of vulnerabilities to develop signatures. He was previously employed with Symantec as a Senior Software Engineer. He was also one of the initial technical members of the Third Brigade Security Center, now part of Trend Micro. He has also worked for SafeNet.

Abhishek was a leading inventor of various patent pending technologies in IDS/IPS and an algorithm for faster analysis of binaries and two-factor authentication. He served as Technical Editor for "Vulnerability Analysis and Defense for the Internet" and "Identifying Malicious Code Through Reverse Engineering." He has published Internet Drafts and security-related papers in primer journals and for various conferences. 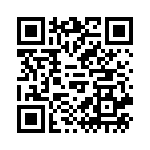