THE MIRACULOUS FEVER TREE: Malaria and the Quest for a Cure That Changed the World

A seasoned, filigreed history of malaria and its treatment.Malaria is still one of the great scourges, turning the blood to sludge, blackening the liver and spleen: "Malaria is so common, and so ... Read full review

The miraculous fever-tree: malaria, medicine and the cure that changed the world

Before the discovery of malaria's causes and treatments, the mosquito-borne illness was a killer that held sway over tropical countries and extended deadly tendrils into more northern climes. Born in ... Read full review

Fiammetta Rocco was raised in Kenya. Her grandfather, her father and she herself all suffered from malaria. Ms. Rocco's investigative journalism has won a number of awards in the United States and in Britain. She lives in London, where she is the literary editor of the Economist. This is her first book. 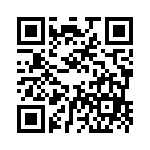