Charles Perrow is professor emeritus of sociology at Yale University. He has worked as a consultant for the U.S. military, the White House, and the nuclear-power industry. 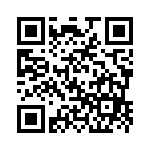