Page 12
The Northern Border The real defense problem in the early Ming period lay in the
northern border. Coastal pirates and tribes in the west were no threat to the new
regime, but China had been conquered from the north. Even though the Ming ...
Page 61
lished in the thirteen provinces and, significantly, three points on the northern
border: Ta-ning, Wan-ch'iian, and Liaotung. In the next year civil provincial
administrations (pu-cheng ssu) were established and the branch secretariats
dissolved, ...
Page 267
... Northern border, security of, 12-17 Northern border region, definition of, 9-10
Northern Capital, Kaifeng named as, 44. See also Peking Northern domination,
period of, 17, 21 Northern frontier, garrisons on, 14 Nu-chen. See Jiirched Nii-
chih. 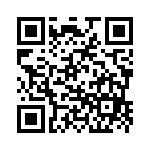