Review: A Theory of Justice

BLEH. Never taking a political theory class again. But this book was rather odd...i liked the ideas he proposed, but it wasn't as enjoyable of a read as i thought it would be. Not really my subject matter. Read full review

John Rawls, professor of philosophy at Harvard University, had published a number of articles on the concept of justice as fairness before the appearance of his magnum opus, A Theory of Justice (1971). While the articles had won for Rawls considerable prestige, the reception of his book thrust him into the front ranks of contemporary moral philosophy. Presenting a Kantian alternative to conventional utilitarianism and intuitionism, Rawls offers a theory of justice that is contractual and that rests on principles that he alleges would be accepted by free, rational persons in a state of nature, that is, of equality. The chorus of praise was loud and clear. Stuart Hampshire acclaimed the book as "the most substantial and interesting contribution to moral philosophy since the war."H. A. Bedau declared: "As a work of close and original scholarship in the service of the dominant moral and political ideology of our civilization, Rawls's treatise is simply without a rival." Rawls historically achieved two important things: (1) He articulated a coherent moral philosophy for the welfare state, and (2) he demonstrated that analytic philosophy was most capable of doing constructive work in moral philosophy. A Theory of Justice has become the most influential work in political, legal, and social philosophy by an American author in the twentieth century. 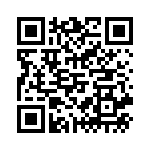