GAME OVER: How Nintendo Zapped an American Industry, Captured Your Dollars, and Enslaved Your Children

An exhaustive, gung-ho progress report on Japan's Nintendo, the transnational enterprise that bestrides the expanding market for computer/video games like a colossus. Drawing on what appears to be ... Read full review

Game over: how Nintendo zapped an American industry, captured your dollars, and enslaved your children

Using extensive interviews with Nintendo executives in Japan, America, and Europe, Sheff, a magazine reporter, gives a narrative account of the swift rise of the Japanese company from the early ... Read full review

David Sheff’s articles have appeared in Playboy, Rolling Stone, The Observer, and Foreign Literature (in Russia), among other publications, and he has written for National Public Radio’s All Things Considered. His book The Playboy Interviews with John Lennon and Yoko Ono was a Literary Guild Selection. Sheff lives with his family in Northern California. 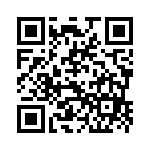