Page 256
perform the scene himself , and when he came to the passage " which he had found fault with , he represented a man ... When , by the com“ mand of Augustus , he performed the same character in his palace , he both drew his bow and shot ...
Page 260
... were agitated with “ various terrors , and fearing even for their lives , he suddenly sprang out , and accompanied by a loud concert of trumpets " and other instruments , performed the gestures of a soliloquy , a and disappeared .
Page 388
The gestures of the arms and hands , may be performed by cach separately , or by both together , each using similar or dissimilar actions . Thus the arms and hands may mutually imitate the positions of each other , or the hands only may ... 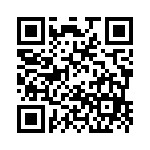