literally the most boring thing ever

I read this for the first time recently, finally, and found it to be just a gorgeous read. The characters, of course, are well-formed and charming, but what really struck me was how much he loved the woods and countryside inhabited by these charming animals. A delightful read 'for the refreshment of the spirit'.

Page 7 - Believe me, my young friend, there is nothing - absolutely nothing - half so much worth doing as simply messing about in boats.
Appears in 194 books from 1891-2008
Page 100 - I'm not sure of the way! And I want your nose, Mole, so come on quick, there's a good fellow!' And the Rat pressed forward on his way without waiting for an answer. Poor Mole stood alone in the road, his heart torn asunder, and a big sob gathering, gathering, somewhere low down inside him, to leap up to the surface presently, he knew, in passionate escape. But even under such a test as this his loyalty to his friend stood firm. Never for a moment did he dream of abandoning him. Meanwhile, the wafts...
Appears in 17 books from 1908-1999
More
Page 113 - Goodman Joseph toiled through the snow— Saw the star o'er a stable low; Mary she might not further go— Welcome thatch, and litter below! Joy was hers in the morning! And then they heard the angels tell 'Who were the first to cry Nowell? Animals all, as it befell, In the stable where they did dwell! Joy shall be theirs in the morning!
Appears in 27 books from 1908-2007
Page 35 - I think about it,' he added pathetically, in a lower tone: 'I think about it — all the time!' The Mole reached out from under his blanket, felt for the Rat's paw in the darkness, and gave it a squeeze. T11 do whatever you like, Ratty,
Appears in 16 books from 1908-2007
Page 209 - Back into speech again it passed, and with beating heart he was following the adventures of a dozen seaports, the fights, the escapes, the rallies, the comradeships, the gallant undertakings; or he searched islands for treasure, fished in still lagoons and dozed daylong on warm white sand. Of deep-sea fishings he heard tell, and mighty silver gatherings of the mile-long net; of sudden perils, noise of breakers on a moonless night, or the tall bows of the great liner taking shape overhead through...
Appears in 13 books from 1908-2003
Page 167 - When the girl returned, some hours later, she carried a tray, with a cup of fragrant tea steaming on it; and a plate piled up with very hot buttered toast, cut thick, very brown on both sides, with the butter running through the holes in it in great golden drops, like honey from the honeycomb. The smell of that buttered toast simply talked to Toad, and with no uncertain voice; talked of warm kitchens, of breakfasts on bright frosty mornings, of cosy parlour firesides on winter evenings, when one's...
Appears in 12 books from 1908-2007
Page 12 - Beyond the Wild Wood comes the Wide World,' [said the Rat]. 'And that's something that doesn't matter, either to you or me. I've never been there, and I'm never going, nor you either, if you've got any sense at all. Don't ever refer to it again...
Appears in 32 books from 1908-2008
Page 127 - I have his solemn promise to that effect." "That is very good news," said the Mole gravely. "Very good news indeed," observed the Rat dubiously, "if only — if only — " He was looking very hard at Toad as he said this, and could not help thinking he perceived something vaguely resembling a twinkle in that animal's still sorrowful eye. "There's only one thing more to be done," continued the gratified Badger. "Toad, I want you solemnly to repeat, before your friends here, what you fully admitted...
Appears in 29 books from 1908-2007
Page 149 - The water's own noises, too, were more apparent than by day, its gurglings and "cloops" more unexpected and near at hand; and constantly they started at what seemed a sudden clear call from an actual articulate voice. The line of the horizon was clear and hard against the sky, and in one particular quarter it showed black against a silvery climbing phosphorescence that grew and grew. At last, over the rim of the waiting earth the moon lifted with slow majesty till it swung clear of the horizon and...
Appears in 20 books from 1908-2007
Page 41 - O what a flowery track lies spread before me, henceforth! What dust-clouds shall spring up behind me as I speed on my reckless way! What carts I shall fling carelessly into the ditch in the wake of my magnificent onset!
Appears in 22 books from 1908-2007
Less

Kenneth Grahame was born on 8 March 1859 in Edinburgh, Scotland. When he was a little more than a year old, his father, an advocate, received an appointment as sheriff-substitute in Argyllshire at Inveraray on Loch Fyne. Kenneth loved the sea and was happy there, but when he was five, his mother died of puerperal fever, and his father, who had a drinking problem, gave over care of Kenneth, his brother Willie, his sister Helen and the new baby Roland to Granny Ingles, the children's grandmother, in Cookham Dean in the village of Cookham in Berkshire.There the children lived in a spacious, if dilapidated, home, The Mount, on spacious grounds in idyllic surroundings, and were introduced to the riverside and boating by their uncle, David Ingles, curate at Cookham Dean church. This ambiance, particularly Quarry Wood and the River Thames, is believed, by Peter Green, his biographer, to have inspired the setting for The Wind in the Willows. He was an outstanding pupil at St Edward's School in Oxford. During his early years at St Edwards, a sports regimen had not been established and the boys had freedom to explore the old city with its quaint shops, historic buildings, and cobblestone streets, St Giles' Fair, the upper reaches of the Thames, and the nearby countryside. 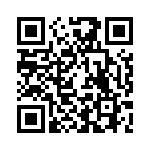