Page 110
The following account appeared under the heading ' Australian Produce ' : The
vessel British Sovereign , arrived from Port Adelaide , South Australia , has
brought 260 bags of wheat , the produce of the colony , besides nearly 300 tons
weight ...
Page 213
The first party was small and lightly equipped , and returned to Adelaide on 19
March with 5,199 ounces of gold , and money consigned to relatives and friends
or to be placed on deposit in one of the banks ; the escort also brought back 500
...
Page 296
I afterwards brought the infantry , and a portion of the mounted police , in charge
of the prisoners and wounded , to camp , directing the remainder of the cavalry to
recover the Government Camp at the Eureka , which was about 500 yards from ...

99 other sections not shown 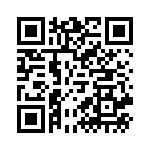