What I learned from this book: Adultery is probably a bad idea. It's the children who suffer. Nineteenth-century upper-class European women didn't have it so good in spite of the servants and fancy clothes. Read full review

The husband-and-wife team who have given us refreshing English versions of Dostoevsky, Gogol, and Chekhov now present their lucid translation of Tolstoy's panoramic tale of adultery and society: a ... Read full review

Count Lev Nikolayevich Tolstoy was born on September 9, 1828 in Russia. He is usually referred to as Leo Tolstoy. He was a Russian author who is regarded as one of the greatest authors of all time. Leo Tolstoy is best known for his novels War and Peace (1869) and Anna Karenina (1877). Tolstoy's fiction includes dozens of short stories and several novellas such as The Death of Ivan Ilyich, Family Happiness, and Hadji Murad. He also wrote plays and numerous philosophical essays. Tolstoy had a profound moral crisis and spiritual awakening in the 1870's which he outlined in his work, A Confession. His literal interpretation of the ethical teachings of Jesus, centering on the Sermon on the Mount, caused him to become a fervent Christian anarchist and pacifist. His ideas of nonviolent resistance which he shared in his works The Kingdom of God is Within You, had a profund impact on figures such as Mohandas Gandhi and Martin Luther King, Jr. On September 23, 1862 Tolstoy married Sophia Andreevna Behrs. She was the daughter of a court physician. They had 13 children, eight of whom survived childhood. Their early married life allowed Tolstoy much freedom to compose War and Peace and Anna Karenina with his wife acting as his secretary and proofreader. The Tolstoy family left Russia in the aftermath of the Russian Revolution and the subsequent establishment of the Soviet Union. Leo Tolstoy's relatives and descendants moved to Sweden, Germany, the United Kingdom, France and the United States. Tolstoy died of pneumonia at Astapovo train station, after a day's rail journey south on November 20, 1910 at the age of 82.

Aylmer Maude spent much of his life in Russia & was a personal friend of Tolstoy's. 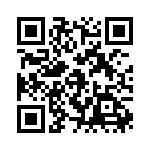