Page 38
The government ' s record with Aboriginal welfare was less impressive . No
attempt was made to consolidate the improvements in Aboriginal well - being
opened up by wartime employment . In 1946 Northern Territory Aborigines
petitioned ...
Page 235
In challenging entrenched business and professional interests , in issues of
human relationships , and in developmental projects the Whitlam government
had lost little of its creative energy . It was harder to devise a satisfactory new
Aboriginal ...
Page 310
Berndt ( ed . ) , Australian Aboriginal Anthropology , UWAP , Nedlands , 1970 , pp
. 248 – 76 . 6 D . Barwick , Fighters and Singers , Allen & Unwin , Sydney , 1985 ;
J . Beckett & M . Reay , Metaphors of Interpretation , AIAS , Canberra , 1985 . 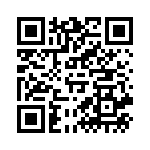