Alexandra Y. Aikhenvald is Professor and Associate Director of the Research Centre for Linguistic Typology at La Trobe University. She has worked on descriptive and historical aspects of Berber languages and has published, in Russian, a grammar of modern Hebrew (1990). She is a major authority on languages of the Arawak family, from northern Amazonia, and has written grammars of Bare (1995) (based on work with the last speaker who has since died) and Warekena (1998), plus A Grammar of Tariana, from Northwest Amazonia (Cambridge University Press 2003), in addition to essays on various typological and areal features of South American languages. Her monographs, Classifiers: A Typology of Noun Categorization Devices (2000, paperback reissue 2003), Language Contact in Amazonia (2002) and Evidentiality (2004) are published by Oxford University Press. She is currently working on a reference grammar of Manambu, from the Sepik area of New Guinea.
R. M. W. Dixon is Professor and Director of the Research Centre for Linguistic Typology at La Trobe University. He has published grammars of a number of Australian languages (including Dyirbal and Yidin), in addition to A Grammar of Boumaa Fijian (University of Chicago Press 1988), The Jarawara Language of Southern Amazonia (OUP 2004), and A Semantic Approach to English Grammar (OUP 2005). His works on typological theory include Where have All the Adjectives Gone? and Other Essays in Semantics and Syntax (Mouton,1982) and Ergativity (CUP 1994). The Rise and Fall of Languages (CUP 1997) expounded a punctuated equilibrium model for language development: this is the basis for his detailed case study Australian Languages: Their Nature and Development (CUP 2002). 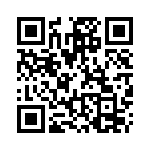