I found this book while looking for something else. What a great find. I volunteer with two organizations which operate on the Southside of Chicago. I do have some 'street experience'. But this book ... Read full review

This book was insightful in helping me understand why the social opposition identity paradigm is so important to those who live by the street code. Mr. Anderson does a tremendous job in detailing how ... Read full review

Elijah Anderson is Sterling Professor of Sociology and African American Studies at Yale University. His most prominent works include the award-winning books Code of the Street and Streetwise. He lives in New Haven and Philadelphia. 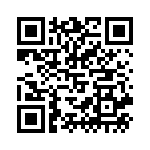