Page 99
If no one had yet defined the ' educative influence that Reith wanted to
encourage , neither had anyone yet defined ' entertainment value ' . So far as she
was concerned , it was useless ' deciding what people ought to learn without at
the same ...
Page 100
The BBC , ' with its growing influence , was coming under fire from all sides for
suspected favouritism of one kind or another : too Tory , too Labour , too Red , too
Reactionary , too many symphony concerts or too few , too many talks or not ...
Page 122
... smallness of the Third ' s audience were not really the problem , but the
influence of American broadcasting , the explosive growth of the BBC itself , and
competition in the form of new radio channels , local radio and , above all ,
television . 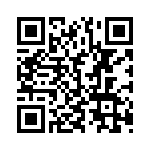