David C. Berliner is an educational psychologist and bestselling author. He was professor and dean of the Mary Lou Fulton Teachers College at Arizona State University. Gene V Glass is a senior researcher at the National Education Policy Center and a research professor in the School of Education at the University of Colorado Boulder. Their Associates are the hand-picked leading PhDs and PhDs in training from their respective institutions. 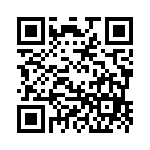