Irish novelist, short-story writer, biographer, essayist and critic--Bram Stoker was born in Dublin on November 8, 1847. Although he claimed that the idea for his classic tale of Count Dracula came to him in a nightmare, Stoker was doubtless influenced in part by Arminius Vambery, the celebrated Hungarian adventurer and folklore expert who introduced him to the vampire legends of Eastern Europe. The author wrote several other works of gothic fiction and romances. He died in London in 1912. 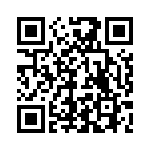